We were describing our parts’ trepidation at the stormy weather entrenched in our area early this week. We described our experience having once been a 14-year-old passenger in a car during a tornado outbreak. We spotted the tornado while the car sped along the highway and pointed it out excitedly and worriedly to our fellow soccer teammates riding in our car. They did not understand the debris field of the tornado and thought it was smoke from a fire, not a tornado.

With increasing agitation, we took great pains to point out the top of the funnel, above the debris and below the wall cloud. Eventually, they perceived it, as did our mother, who was driving the car. We were driving north on the highway and the tornado was also traveling north, with just a few miles between us.

The mother panicked. She quickly exited the highway onto a road that, unfortunately, traveled north–even closer to the tornado than before! Realizing the now-acute danger, the mother turned the car around, put some distance between us and the tornado, and stopped at the first gas station. We all ran in and explained to the attendant about the approaching tornado.

“This gas station blew down in the last tornado to come through here,” we were told soberly. So we ran back to the car and stopped at the next gas station. You guessed it: it also had been destroyed in a prior tornado. By now, the tornado sirens were blaring and the mother and children were stressed to the max. The mother drove into a residential neighborhood; pulled into the driveway of a light blue, single-story house; and rang the doorbell. When no one answered, she tried the knob. It was unlocked.

She shepherded us inside and into the below-ground, unfinished basement. While we were all wondering worriedly if the tornado would hit the home, the homeowners–a couple in their 60s–returned home to discover their basement full of soccer-clad children and a frightened soccer mom.

They were gracious and understanding hosts. They said the tornado had passed and that we were now safe. They turned on the television, which showed close-up images of the tornado from a brave, if not hubristic, helicopter news team.

While the mother and our teammates watched riveted, we wandered outside and watched, mesmerized, as clouds licked the ground not far away and appeared to be rising from Earth to the low cloud deck! This was a funnel cloud in its initial touchdown. It became a tornado in our mind only once it picked up dirt and the funnel filled in uniformly from the ground up, like someone pouring iced tea into a glass. (This was likely to same tornado we saw initially; it had “picked up” before touching down again.)

In the intervening decades, we have dreamed of these events–seeing the tornado’s top through its destructive debris field and the terrifyingly beautiful formation of a tornado from a funnel cloud–over and over. Typically, in the dream, we see multiple tornadoes forming and moving in threatening synchronicity.

Because of our prior traumas, we were understandably hyper-aware, even at 14. The therapist helped us see how, as we aged and kept revisiting the tornado experience via memory and dream, we transformed this rich experience into a static data point to prove our misfortune in having been born, to prove the danger of severe weather, to provide a reason to literally run for cover whenever tornado sirens sound.

She asked us to dive into the richness of the experience: the mother who recovered from initial setbacks to literally break into a home in order to provide safety for her child and their teammates; the strangers who welcomed these intruders as though it were the most natural occurrence to come home and find a gaggle of soccer players in your basement; the 14-year-old us who used crude humor during the ordeal to decrease our fear; the rarity of seeing a tornado sweeping across fields and forests, let alone witnessing the formation of a tornado out of a cloud; surviving yet again, like a superhero who refuses to be vanquished.

If we see the rose and not the thorns, we are missing as much richness as if we see the thorns and not the flower. Experience is in context; it involves senses, thoughts, moving parts. When we reduce our memories to a still photo or to what is only good or only bad, we are draining the richness from our experience. 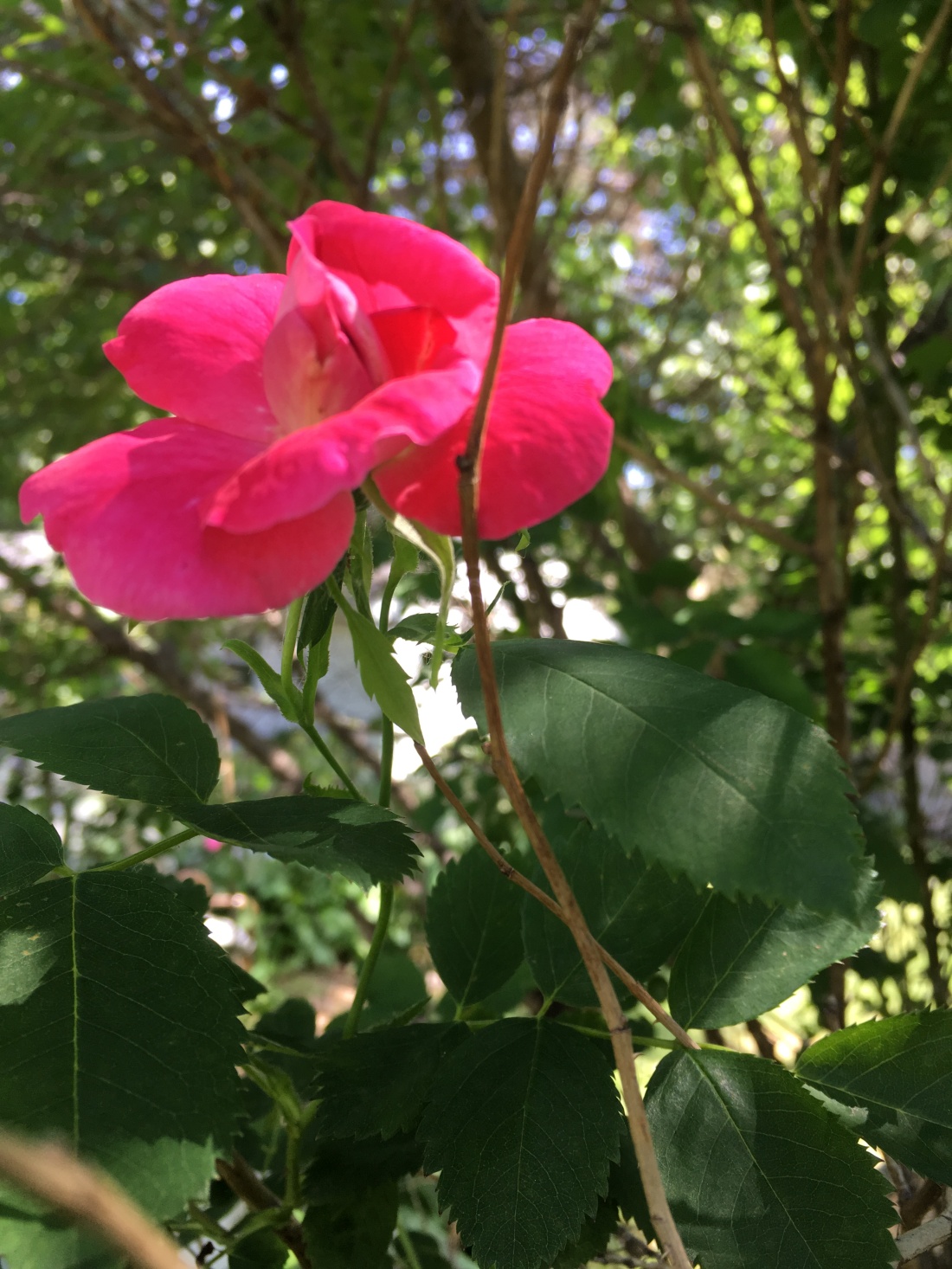 It makes sense that our past colors our present. We act to keep our offspring safe because we were not safe as a child. And much more happened in our life than abuse, neglect, hate crime, fire, tornado, emergency surgery. It’s a long list. We don’t have to deny it, and so much more has happened in our lives than just those events. Even the events themselves are not so easily painted with one broad stroke in one color.

Adding back richness to our experience and to our memories would be like adding sugar to a cake that didn’t have it. Have you ever eaten cake without any sweetener? We told the baker of our wedding cake that it had to be sugar-free because we are intolerant to refined sugars. Rather than use fruit juice or even artificial sweetener, she just didn’t include any sweetener in the cake! When we fed each other our first bites as the photographer stood by to capture the moment, we had to fight not to gag. It was disappointing at the time–and is also hilarious when the misinterpretation of “sugar free” is considered! Life without acknowledging the richness of experience is like a wedding cake without sweetener: repulsive.

To read about the significance of the 1986 tornado, click here

We are practicing presence, self-compassion, and Nonviolent Communication (NVC) for our benefit and yours as we dig into PTSD, DID, OCD. View all posts by wediditptsd